A professor questions the meaning of “inclusion” 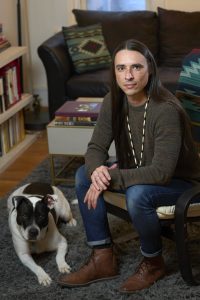 Joseph Pierce with his dog, Brando.

As a queer Indigenous person in the United States, Joseph M. Pierce, associate professor in the Department of Hispanic Languages and Literature at Stony Brook University and a citizen of the Cherokee Nation, brings a rare experience of inclusion and exclusion to his work. To Pierce, that background allows him not only to teach from experience, but to break open the concept of diversity.

“Before we can even consider diversity, we need to understand what it means when we’re discussing things like power imbalances, historical representation, and cultural production,” he said. “It’s not enough to say, ‘How is your work diverse?’ It’s more important that we understand what diversity means in the first place.”

Specializing in 19th century Latin American literature and culture, Pierce works with queer theory and kinship studies to investigate the mechanisms of power that marginalize groups such as sexual minorities, women, immigrants, and Indigenous communities. Much of Pierce’s approach to diversity has to do with situating longer histories as part of current individual and collective responses to marginalization.

Pierce said it has taken time and humility to understand himself as part of a long tradition of resistance to erasure, dispossession, and displacement. He offers the Trail of Tears as a typical example of what most people in the United States know about the Cherokee people.

“There’s a lot more to what it means to be a Cherokee person than the Trail of Tears,” he said. “Think about how people resisted the Trail of Tears and how they survived it. Think of the historical trauma and forced removal. That puts me in a very particular historical tradition, but it also means that I have to figure out what that means to me. Not just what it means in a history book, or not just how it’s taught, but how I relate to that historical experience.”

Pierce has a unique take on the state of contemporary academic theory, suggesting that academics learn to engage with communities in terms set by marginalized communities, rather than through the dominant lens of tolerance or inclusion. Such an approach would mean rethinking the traditional notion of the scholar to facilitate a deeper connection to the student.

“The university was meant to develop and protect the racial, gendered, and class taxonomies that form the basis of modern Western hierarchies,” he said. “But the university is, at the same time, a space for intellectual exploration in which many marginalized people and communities have found refuge.”

Pierce focuses on centering justice, with a goal of bringing a future just society into being through his teaching. He brings these key building blocks to his teaching, leveraging his experience to connect from a critical point of view, and asking students to reflect on their own histories: what they know and, more importantly, how they know it. As part of the Hispanic Languages and Literature faculty, Pierce interacts with students from a range of backgrounds and experiences, including Latinx, Black, Indigenous, immigrant, and other marginalized groups.

“These students all have different forms of understanding what things like race, ethnicity, language, displacement and migration mean,” he said. “I’m constantly trying to find ways to connect this history of the broader narratives through which we make sense of our place in the world to personal experiences that students have undergone. We need to understand what led us to this particular juncture and what we can do to make that part of a broader conversation.” 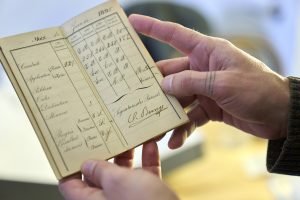 Pierce noted that as he works to foster a better understanding of history, it’s difficult to watch efforts in several states to further obfuscate it.

“Several states and municipalities are attempting to ban critical race theory and other forms of responsive historical engagement,” he said. “I’m originally from Texas where this these debates happen all the time. I would like Stony Brook to take a stand and state publicly that we are going to teach these things because this is exactly what our job should be. At some point you have to decide what you want to stand for and you have to support it with time, resources, and care. Teaching at a university is not ‘value neutral.’ There are wrong answers. Slavery is wrong. There’s no way of defending it. The history of the United States is predicated on the theft of Indigenous lands. There’s no way of saying that that was somehow beneficial to Indigenous people. So the things we teach, how we teach, and who we are all matter because we are asking questions not just of the past, but of how the past reflects present concerns, anxieties, and desires. The past is never only about what happened, but also how we understand where we are going in the future.”

As an example of this, in a recent class Pierce asked students to draft a document that describes their relationship with “place” – where they grew up and where they live now.

“This document is a type of land acknowledgement in that it asks students to reflect on what had to happen for them to live where they live now, but also to insert themselves into broader patterns of history, including migration, displacement, perseverance and survival,” said Pierce. “Students are able to see themselves as part of ongoing structural processes while also implicating themselves in ongoing relationships with land and its various meanings.”

For most academics, teaching and scholarship is disconnected from the social realities of life outside the academe. Pierce’s effort to craft a more inclusive and open space for such engagement has brought him outside the classroom and beyond the university grounds. 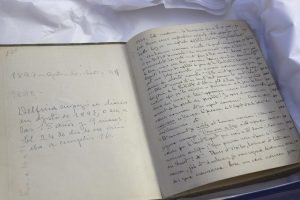 “Part of my commitment to community involves creating spaces of engagement with ideas and with people that can lead to transformative social change,” he said. “Today, this means finding ways to approximate solidarity, while at the same time proposing conceptual frameworks that can attend to historical differences.”

To this end, Pierce works with Knowledge of Wounds, an independent performance series that focuses on art and the intersections of gender, sexuality, and spirituality for Indigenous communities. He co-curates the initiative with SJ Norman, an Aboriginal Australian artist and writer who is Koori of Wiradjuri descent.

Most of the programming is about communicating through story, song, dance and movement, but Pierce said the goal is to facilitate gathering and community, itself a method of artistic practice. The first event took place in January 2020, a two-day-long, in-person event held in at Performance Space NY. Since then, the programming has been online. Participants have come from across Turtle Island (an Indigenous term for North America), Abiayala (an Indigenous term for Latin America), and Australia.

Pierce has also served as diversity officer for the Stony Brook Chapter of the United University Professions (UUP) for the past three years and champions the hiring of more faculty of color. 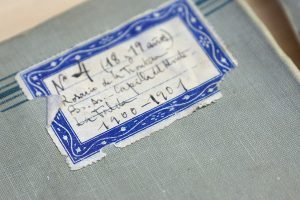 “The experiences that students have are reflected in the experiences of the instructors that they’re engaging with, and likewise those instructors need to understand where students are coming from,” he said. “It’s not enough to simply hire more people of color and from diverse marginalized communities; we need to support them. It’s difficult for faculty of color to succeed when they are interested in revising canonical literature, for example, when that is precisely the thing they are asked to teach. We need to adjust the curriculum to reflect critical pedagogy and research. That’s not the same as just hiring more Black and Brown people.”

Throughout his career at Stony Brook, Pierce has been recognized for his scholarship, teaching and community engagement, and he continues to challenge academic disciplines to expand beyond diversity and toward a more critically engaged future. 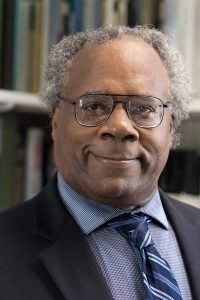 This award was named after the late David L. Ferguson, who was a Distinguished Professor, former chair of Technology and Society, and the founding director of Stony Brook’s Center for Excellence in Learning and Teaching, who passed away in 2019. A faculty member for 37 years, the outreach programs that Ferguson created and led helped thousands of students realize their dreams in graduating with STEM degrees.

“Dr. Ferguson was a leader in and out of the classroom, driven by his lifelong interest in building diversity in STEM disciplines, and in securing the federal funding to achieve that goal,” said Pierce. “When I tried to think about what matters in teaching, I think about how we center the lives of those who have been marginalized. As a Cherokee scholar it’s crucial to who I am as a person and to how I approach life. I’m grateful to be recognized for helping carry forward his legacy.”