A new year is upon us and change is in the air.

Music is in the Air

The Long Island Music and Entertainment Hall of Fame (LIMEHoF) museum in Stony Brook village officially opened its doors for visitors on November 25. The space is the non-profit organization’s first physical facility and is located near other LI cultural centers including The Long Island Museum, The Jazz Loft and The Reboli Center.

One of those bands, Blue Oyster Cult, which got its start on the Stony Brook campus in 1967, would go on to sell more than 25 million records worldwide.

The first exhibit features replicas of Long Island clubs, with videos of artists performing, ads, posters, instruments, and an exact replica of a typical 1960’s stage, with vintage equipment and sound system. There is also a permanent “Hall of Fame” with plaques and exhibits recognizing more than 120 current inductees.

LIMEHoF is open Wednesday through Sunday from 12 pm to 5 pm. For more information or to purchase tickets, visit limusichalloffame.org. 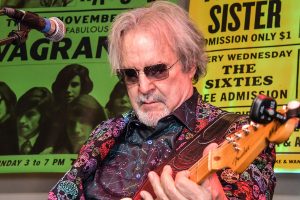 Joe Borchard, founding member of Blue Oyster Cult, who got their start at Stony Brook in 1967, performed three of the band’s hits during the opening event. 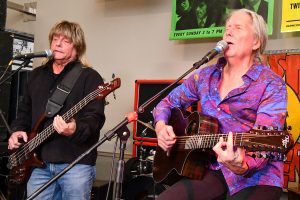 LIMEHoF members Felix Hanemann and Randy Jackson of the band Zebra also performed.. Jackson is a past recipient of the Shirley Strum Kenny Student Arts Festival Partner Award in recognition of his decades of contributions to the Stony Brook University community. 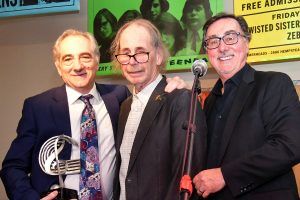