Melissa Bessaha first became acutely aware of the struggles of young adults, many of whom at the time weren’t much older than she was, during an internship at a counseling center for her Master of Social Work (MSW) degree at New York University in 2008. Her commitment to social work was solidified while working as counseling faculty at the City University of New York (CUNY) John Jay College of Criminal Justice between 2009 and 2012. Bessaha said she loved working with students enrolled at John Jay’s SEEK Department, an education opportunity program. The students’ stories resonated with her as a bilingual and bicultural child of immigrant parents from Algeria who immigrated to Queens. 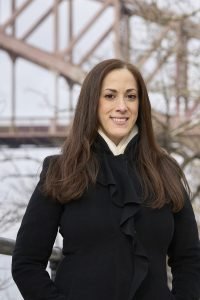 “Most of those students were first-generation American and first-generation college students. I understood their backgrounds,” said Bessaha, an assistant professor in the School of Social Welfare (SSW) since 2016. “I also started recognizing different struggles that I didn’t have. My parents were middle class and many of these students were not. These young adults were dealing with various stressors such as anxiety and poverty and some experienced fear of deportation for themselves or their loved ones. When I was exposed to these problems, hearing it from students, that was eye-opening.”

That interaction with economically and educationally disadvantaged college students early in her career — when she was still trying to decide if she wanted to do teaching, research or clinical work — became the core of what she has been doing since. In the years between being a psychology undergraduate (BA ’05) and graduate student (MA ’07) at SBU and returning here with a PhD in social work, her career led her to be able to fulfill and continue to meet all three goals.

Identifying Barriers
At John Jay, she experienced the broader scope of the emerging adult — the 18- to 29-year-old — and was frustrated by the barriers she saw for racially and ethnically diverse youth, some of which resonated with her own when she was transitioning to young adulthood and college. Understanding mental health and educational disparities during the transition to adulthood among underserved and immigrant youth became a central issue in her program of research, teaching and her practice — as well as prevention.

The other issue Bessaha heard about from the emerging adult population was their experiences of social isolation and loneliness. She said while being bicultural can be a privilege, it can also create areas of confusion for students not feeling American enough and not fitting into their home country either.

“Overall in the research that I’ve done with young adult immigrants and with the students that I’ve worked with through the years, they share that feeling of not being understood,” she explained. “You have this two-world lens where you’re in the U.S. but then you still may have a foot in your native country. You speak the language. You’ve gone to the schools. You have the friends. You’ve adopted the culture, but you’re still not an American or you’re not an American enough. I’ve had students who don’t identify with anyone, and that can cause that feeling of isolation, of loneliness, which can be a major determinant of health.”

Her current research funded by a SBU seed grant with co-PI Miguel Muñoz-Laboy, a colleague within the SSW, focuses on the unique experiences of loneliness and social isolation of migrant youth and young adults from the perspective of community gatekeepers — social service organizations, local health agencies and educators — supporting this underserved population. There was consensus that the experience of migration itself to the United States can facilitate social isolation for migrant youth. That’s why Bessaha tries to share her experiences with her students.

“I think one of the most unique  aspects that defines Melissa is her personal background, a foundation that directly impacts her professional work,” said her mentor, Michelle S. Ballan, professor and associate dean for research, SSW. “Her research focus on the transition to adulthood is heavily influenced by these personal and practice experiences that she’s navigated throughout her career.”

And so, Bessaha said, her teaching and research experiences have intertwined and continue to be influenced by her experiences with the goal to inform future policy and intervention research.

To that end, Ballan said since her colleague became an early career faculty member, she impacted curriculum development and leadership while focusing on higher education equity. Bessaha was chosen to create and chair the Families, Youth, and Transition to Adulthood (FYT) Specialization within the MSW program, making the school one of the few with that particular specialty. She developed the curriculum and implemented it for four required courses.

“It was one of three new specializations that we were developing for MSW students in their advanced year and she was the only early career faculty member appointed to this senior leadership role,” Ballan said. “The development of this specialization illustrates her collaborative skills, working with our senior colleagues, clinical professors and adjunct instructors, in addition to her own leadership prowess in creating, managing and refining curriculum.”

Putting Research into Practice
Bessaha is also working on mental health barriers for underserved populations. As the recipient of the Substance Abuse and Mental Health Services Administration funded Minority Fellowship Program in 2015, she was awarded a $30,000 grant and mentorship when she was a social work PhD student. She cultivated the program at SBU so that MSW students can successfully apply, a first for SBU. For the past five years, she’s supported the applications of nine students who all received this prestigious award.

“Her commitment to this program evidences how dedicated Dr. Bessaha is to higher education and underserved populations,” Ballan said. “And it speaks to her service, mentorship and research. Every aspect is lived out in the way she unleashes the students’ potential.”

For Bessaha, that is just one of what she calls “passion projects.” Another was delving into higher education equity for students with disabilities. In 2018 she conducted a study with collaborators in the Counseling and Psychological Services faculty and Student Accessibility Support Center (SASC). They met with a group of students who had identified as having a disability on campus to look at themes of internal experiences, like challenges experienced during the transition from adolescence to adulthood and around accessing disability services at the university. They developed a student-led presentation about the barriers to inclusivity.

“That for me was one of my most rewarding experiences so far at Stony Brook,” she said. “Some of the barriers that they highlighted were feelings of not being understood or feeling disconnected from students on campus.”

As a result, the SASC developed several initiatives including informational sessions for professors about how to create a campus that’s more inclusive for all students. Ballan believes Bessaha’s project had a significant impact on the way students with disabilities on campus are viewed and added it’s just one more way she has translated her research into service on campus.

It also illustrates her ongoing goal to build students up to succeed, whether it’s providing access to scholarships like the MFP, supporting students where they are or connecting them to their peers.

“My commitment to examining risk and protective factors related to mental health during the transition to adulthood is demonstrated throughout my career in my research, teaching and practice,” Bessaha said. “I think I’ve been pretty strategic in my life in terms of the opportunities that I seek, the education that I pursued, but I also just happen to be lucky with some of the amazing people that I have collaborated with.”

Liza N. Burby is a freelance writer and features editor for Stony Brook University Magazine, as well as a journalism professor.

Simple Strategies for Dealing with Loneliness

In these stressful times, Melissa Bessaha recommends the following tips for handling feelings of loneliness and isolation. 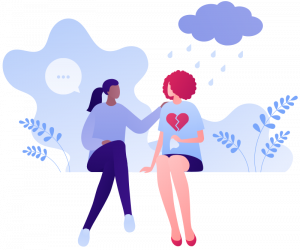 Talk to a peer.
Engaging with peers in a healthy way can have a positive impact on reducing loneliness and has been associated with increased feelings of support and acceptance. Activities such as volunteering and exercise provide great opportunities to connect with others. 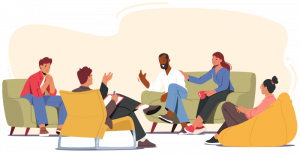 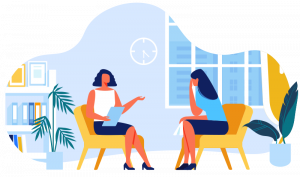