When it comes to her career, Gerda Gatling ’12 is calling all the shots. 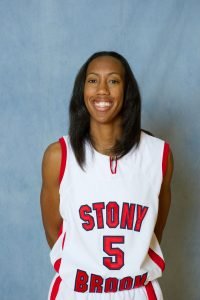 After graduating from Stony Brook with a BS in Business Management and Economics, Gatling began a three-year stint in finance. But when the work proved to be unfulfilling, Gatling began looking for her next opportunity and it was her connection to Stony Brook that pointed her in the right direction.

In 2015, Gatling attended a networking event for Stony Brook’s Black and Latino Alumni Network (BLA) — and it set her down the path she’s on today. It was at a BLA meeting, where she’s now a chapter leader, that a fellow alum referred her to the National Basketball Association’s (NBA) pilot referee development program. A member of the Stony Brook Seawolves 2009 to 2013 basketball team, Gatling was a perfect fit, becoming one of only eight candidates selected.

As a referee trainee with the NBA, Gatling felt empowered to grow. The program instilled in her a desire to push the limits both on and off the court. In fact, her days with the NBA left her with a mantra that she continues to embody to this day — “never be average.”

After three years with the NBA and the National Collegiate Athletic Association, Gatling continued to push herself by pursuing software engineering, where the work would be less physically demanding. And once again, it was her connection to Stony Brook and the BLA Network that made all the difference.

“Being a chapter leader for the Black and Latino Alumni Network is extremely important to me,” said Gatling. “I enjoy working with our fantastic group to curate events for alumni in our network that are directly correlated to topics in our community. I have also learned so much from some of the senior members of our group.”

When a fellow chapter leader pointed her toward a coding bootcamp, she knew it was a slam dunk. Already, the work has drawn upon the strengths she developed as a student-athlete. “Just like on the court, there are obstacles that you have to overcome,” she said. “The same thing is true as a software engineer. Being an athlete prepared me to stay calm and confident in my abilities and push through any obstacles I may face.”

Beyond the lessons Gatling learned as a student-athlete on the court, the Department of Athletics at Stony Brook was there to support her off the court — whether with tutors to help in her academic studies as she juggled the rigorous schedule of a student-athlete, or by helping her build a network that she has found invaluable on her journey post-graduation.

Today, Gatling works as an associate software engineer for Storyblocks, a tech company in Arlington, Virginia, that provides stock audio and videos. Despite her circuitous career, she will be the first to tell you that anything is possible if you put in the work.

“Software engineering can be daunting, but the reality is, there’s a place for everyone,” she said. “It’s just like everything else. You just have to keep practicing.” 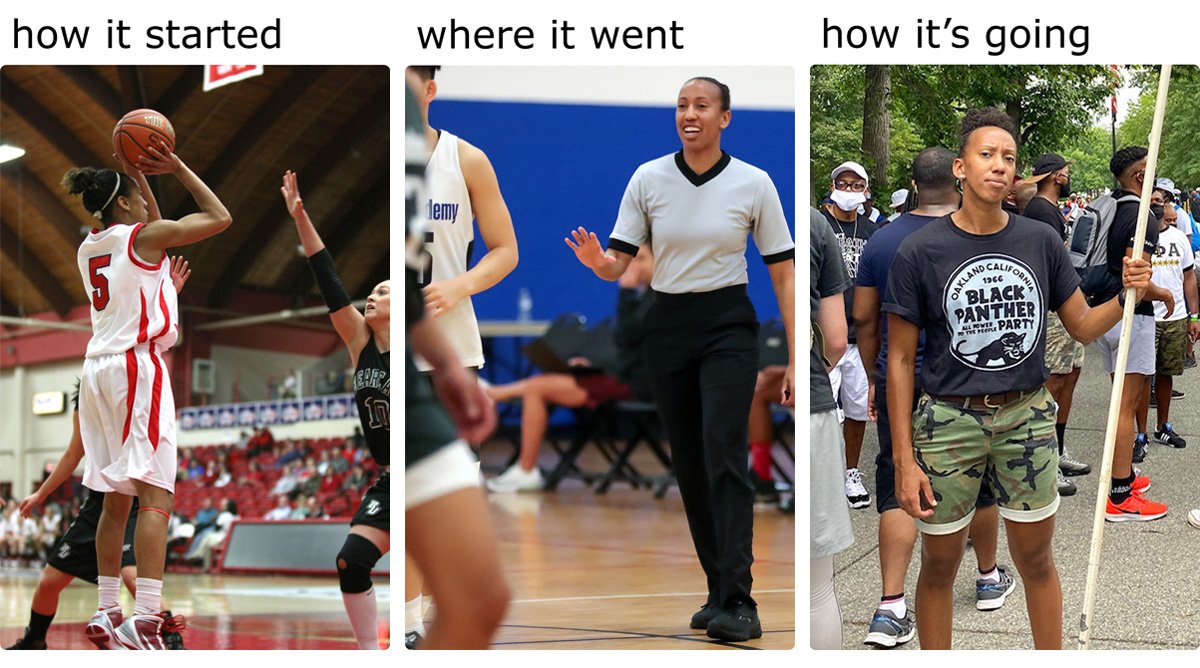 Gerda Gatling’s career journey began when she was a Seawolf, leading her team on and off the court; then continued as she became a referee in the NBA; and now, she’s a software engineer and an activist, looking to make a difference with everything she does.