Rock and Roll History:  A Legend’s Last Ride
Stony Brook University has long been a pioneer in supporting new music and giving young performers a valuable path to hone their craft while reaching new audiences – especially in the 1960s and ‘70s. Even with that musical pedigree, the young members of the Student Activities Board 50 years ago had no idea that history was about to be made when the two-year-old Allman Brothers Band rolled onto campus on September 19, 1971.

While their newly released breakthrough album At Fillmore East was climbing the charts on its way to becoming a landmark live rock performance, those who gathered in the Pritchard Gymnasium that Sunday night were treated to a glimpse of the original Allman Brothers Band lineup at its peak. The concert would be recorded and officially released by the band, and has historical significance as the only official live recording of the future southern rock staple “Blue Sky” to feature band leader and influential guitarist Duane Allman.

Tragically, the album is also significant as Allman’s last performance on the east coast, and one of his last performances ever; just six weeks after dazzling the Stony Brook audience, Duane Allman would become one of rock-and-roll’s most tragic casualties, losing his life in a motorcycle accident at the age of 24. 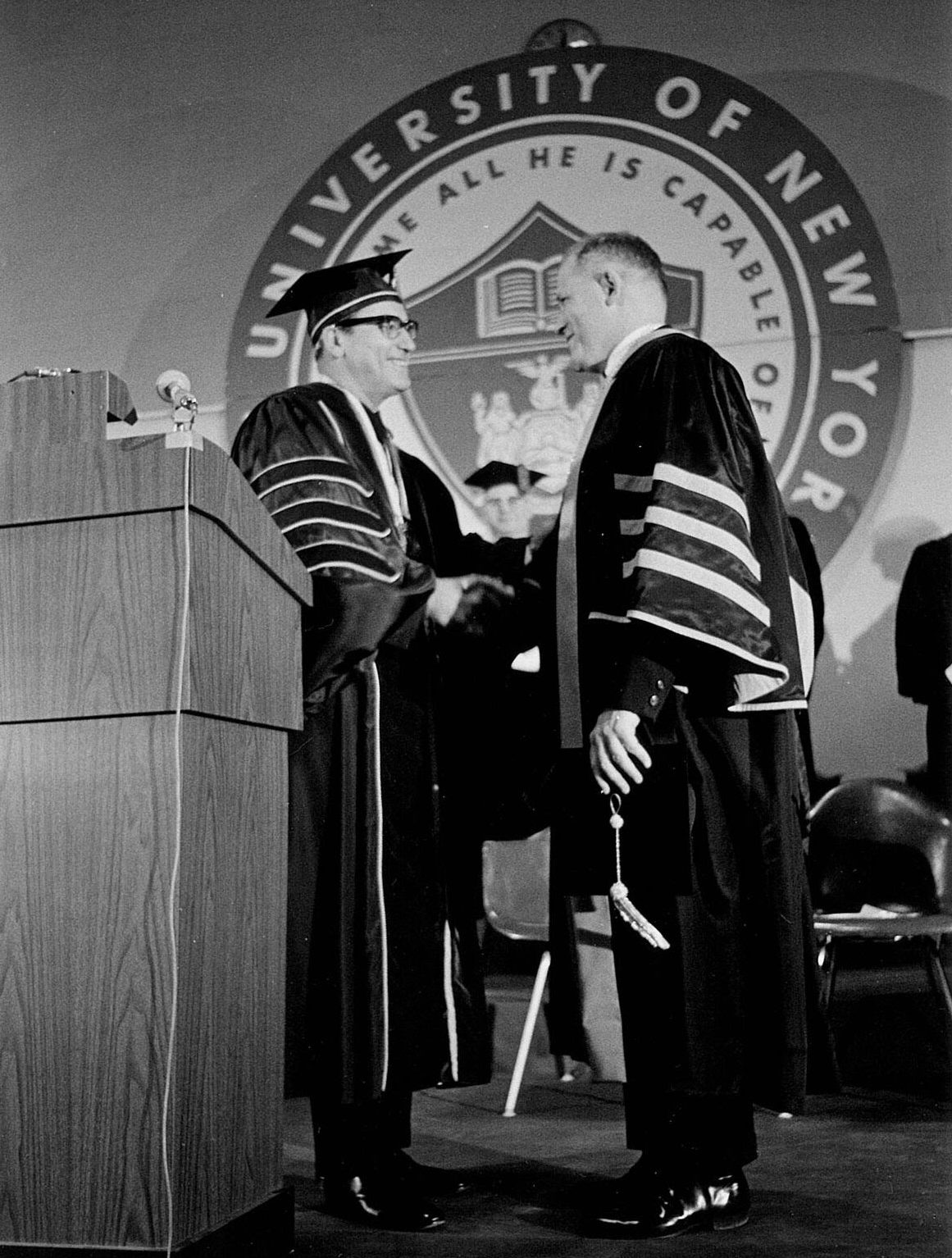 1966:  John Toll Rings in Period of Stony Brook Growth
Fifty-five years ago, in 1966, John Toll, a Princeton-trained physicist and former professor of Physics and Astronomy at the University of Maryland, was inaugurated as president of Stony Brook University, becoming the institution’s second president, and the first since the sprawling Suffolk campus opened in 1962. It was the beginning of a transformational growth period for the university.

Later in 1966, the young university, under Toll’s leadership, set forth initial timetables for the development of the Health Science Center, which would house the university’s health programs and future hospital. As president, Toll went on to recruit elite researchers and scholars, including Nobel Prize recipient Dr. C.N. Yang, to develop competitive academic departments. In addition to arts and sciences and engineering, he oversaw the addition of schools of public affairs, medicine, dentistry, nursing, allied health professions, basic health sciences, and social work. By the time he left 13 years later, the school had grown almost 10-fold — from 1,800 students in 1965 to more than 17,000 in 1978. For his contributions to the university, Toll was recognized in 1999 by Newsday as one of ‘100 Who Shaped the Century’ on Long Island.